A good analysis, with great reasons, of why Fox's attempts to stop people from getting their contents through Google search will fail.

As has been the case before, big US media strategies on the Internet have trickled down to shape how newspapers and other networks around the world position themselves in their own markets. And this time it is not going to be different. We can already see how this Google-Fox-Bing affair has created a lot of coverage, and players like El País in Spain are already following the development of this story closely, in order to set their own strategy.

As the author says, in the age of Twitter and other Internet services that boost users' sharing capabilities, it seems almost impossible to set boundaries to what appears or not on Google. And, even if Fox/Bing succeed, they will never stop users from sharing links, reblogging and creating content based on what is published anywhere on the Internet.

Therefore, the good news for users around the world will be that Bing/Fox's affair fiasco will also mean that media around the world abandon the idea of restricting access to their contents.

The simplest flaw in the MicroFox's strategic logic? MicroFox is trying to create artificial scarcity instead of value. That might have worked in the 20th century, but in a hyperconnected world, creating artificial scarcity kills orthodox businesses dead. That's because though MicroFox can block Google, there's no way to block people from using Google to find stuff that doesn't suck. Artificial scarcity is usually a one-way ticket to oblivion, as people simply defect to better alternatives. 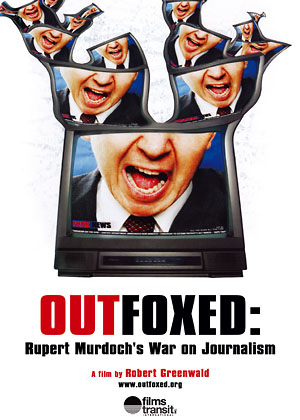 Poster of the documentary Outfoxed.