This kind of lists is always a good laugh, and an important reminder of how fundamental it is to count with local teams (or experts in local language and culture, at least) when designing Global Marketing and PR campaigns.

Having an International Expansion Strategy is not just about translating your product or message, but more importantly about understanding the local market and consumers.

20 Marketing & Communications Bloopers from across the globe.

1)    The Japanese company Matsushita Electric was promoting a new Japanese PC for internet users. Panasonic created the new web browser and had received license to use the cartoon character Woody Woodpecker as an interactive internet guide. The day before the huge marketing campaign, Panasonic realized its error and pulled the plug. Why? The ads for the new product featured the following slogan: “Touch Woody – The Internet Pecker.” The company only realized its cross cultural blunder when an embarrassed American explain what “touch Woody’s pecker” could be interpreted as!

2)    The Swedish furniture giant IKEA somehow agreed upon the name “FARTFULL” for one of its new desks.

3)    In the late 1970s, Wang, the American computer company could not understand why its British branches were refusing to use its latest motto “Wang Cares”. Of course, to British ears this sounds too close to “Wankers” which would not really give a very positive image to any company.

Check the other 17 at www.conversas.org. 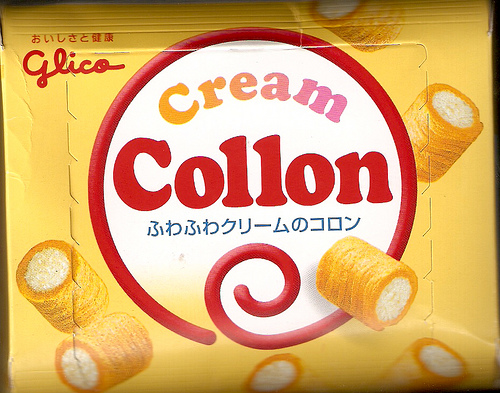 Photo of a Korean product by lord-jim / Some rights reserved