Home Archives Subscribe
Did Microsoft copy Mac OS for Windows 7? Yes ... uh, wait ... no ...
Can America Still Innovate? Or Is It Losing Its Mojo?

MakeMyTrip.com: An Entrepreneurship Story From India

This is a great story of vision, endurance and entrepreneurship. Although they have copied other travel sites' features, they have been able to achieve higher conversion rates, and are succeeding in a tough market like India -- proving wrong those who say the country (where only 50 million people are online and just two million have broadband connections) is still not ready for the consumer Web..

Ahead of his time or no, Kalra is glad he took the risk when he did. He’s not sure he would today even with more money in his savings. He’s also glad he didn’t give up on India’s domestic market, “If I’d been in Silicon Valley I’m convinced we might have reached scale in half the time, but we also probably would have been obliterated by the competition.”

That’s the benefit of slowly emerging markets that will eventually have a big payoff—you get time to make mistakes. 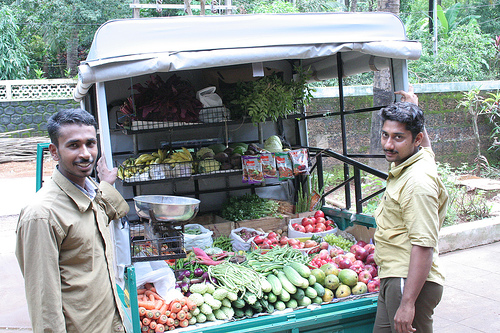