The Globalization of the "Mac look and feel" and the Apple design has reached the mainstream -- not only in terms of hardware, but also in terms of software and user experience. But even with a better design, Microsoft will still struggle with their brand image.

Yesterday there appeared an interview with a Microsoft group manager who claimed that Microsoft copied the “Mac look and feel in terms of graphics” in Windows 7. This was later denied by Microsoft’s communications manager. So, which is it? 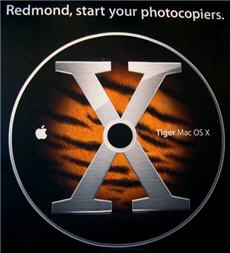