Harvest Celebration: Thanksgiving Around The World

As most social celebrations (including Christmas), the origins of Thanksgiving can be traced all the way back to Ancient Pagan festivities. In this case, the relation with the celebration of a good harvesting year is clear, and happens all around the World, from the US to China, from Brazil to Israel, from Peru to the Ivory Coast.

As Pindar (circa 475 BC) described it in his Pythian Odes 2, "They say that by the commands of the gods Ixion spins round and round on his feathered wheel, saying this to mortals: 'Repay your benefactor frequently with gentle favors in return'".

Or, in a more American, modern and sarcastic way to put it, "Thanksgiving Day, a function which originated in New England two or three centuries ago when those people recognized that they really had something to be thankful for – annually, not oftener – if they had succeeded in exterminating their neighbors, the Indians, during the previous twelve months instead of getting exterminated by their neighbors, the Indians. Thanksgiving Day became a habit, for the reason that in the course of time, as the years drifted on, it was perceived that the exterminating had ceased to be mutual and was all on the white man's side, consequently on the Lord's side; hence it was proper to thank the Lord for it and extend the usual annual compliments." (Mark Twain, 1835 - 1910)

In any case, what better occasion than today to wish everyone a fruitful, successful and happy harvest in this year that is about to start. Happy Thanksgiving! Feliz Día de Acción de Gracias!

We generally think of Thanksgiving as a uniquely American holiday, but there's actually a long tradition of harvest-time celebrations and thanksgiving celebrations.

­Every autumn, the ancient Greeks enjoyed a three-day festival to honor Demeter, the goddess of corn and grains. The Romans had a similar celebration in which they honored­ Ceres, the goddess of corn (the word "cereal" is derived from her name). The Roman celebration included music, parades, games, sports and a feast, much like modern Thanksgiving.

In fact, one of the most prominent Thanksgiving symbols, the cornucopia, actually dates back to the ancient Greeks and Romans. The term (generally describing a horn-shaped basket filled with fruit, flowers and other goodies) comes from the Latin cornu copiae, literally "horn of plenty." In Greek mythology, the cornucopia is an enchanted severed goat's horn, created by Zeus to produce a never-ending supply of whatever the owner desires. 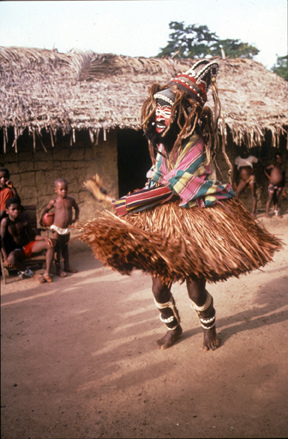 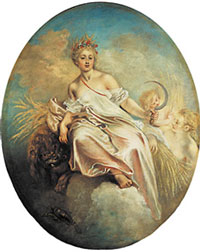