Home Archives Subscribe
Globalization: New Approaches to New Markets Or How The Bottom of the Pyramid Strategies Are Paying Off
Facebook Growth In Europe: Slower In 11/2009, But Still Growing Like A Storm

Very cool move by the Twitter team, and I wonder why Italian was the language chosen -- probably it was ready before German, or Chinese (my guesses for future updates/languages) thanks to the Italian users translating it. And let's not forget that, even when the translations are done by Twitter users, there is, most probably, a professional language provider checking that these translations are correct -- if that wasn't the case, they would be exposed to abuse and "jokes", as happened in the past to Facebook and even Google.

But, in my opinion, even more impressive than translating the UI is the fact that Twitter has also quietly released translated versions of its blog, now also available in Spanish and French.

If you can read Italian, check the official note from Twitter about this.

Following the successful launches of Twitter in Spanish and Twitter in French, the service has announced native support for another new language today: Italian. This means that of the initial “FIGS” languages (that is French, Italian, German, and Spanish) that Twitter wanted to get done, only German remains. Given that Twitter is crowd-sourcing much of the work for these translations, the speed at which they’re adding new ones is impressive. 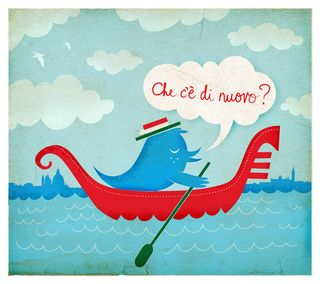