The Copenhagen Summit started today. It is a too important date to ignore it in this blog, since Globalization, Internet, Entrepreneurship... everything would loose its meaning if nothing changes in the global warming trends.

Below, we wanted to provide access to two of the most respected editorial opinions in the World, one on the "progressive" side, and the other one on the more "conservative" one. It is good to see that they agree on the basics. But we need more, and there must be an agreement to reduce carbon-dioxide emissions, dramatically.

In what appeared to be an unprecedented action, 56 newspapers around the world published the same editorial calling for “decisive action” in Copenhagen.

“In scientific journals the question is no longer whether humans are to blame, but how little time we have got left to limit the damage,” read the editorial, which was spearheaded by Britain’s Guardian newspaper. “Yet so far the world’s response has been feeble and half-hearted.”

Continued inaction, the authors asserted, would ravage the planet and wreak havoc on economies and livelihoods.

“The politicians in Copenhagen have the power to shape history’s judgment on this generation: one that saw a challenge and rose to it, or one so stupid that we saw calamity coming but did nothing to avert it,” the editorial concluded. “We implore them to make the right choice.”

A time when they are not short of pressing problems to deal with, the presence of 100-odd world leaders at the two-week meeting that starts in Copenhagen on December 7th to renew the Kyoto protocol on climate change might seem a little self-indulgent. There will be oceans of planet-saving rhetoric, countless photographs of politicians wearing dark suits and serious faces and, if things go according to plan, an agreement to cut emissions to avert a rise in temperature that might anyway have turned out to be marginal and self-correcting. 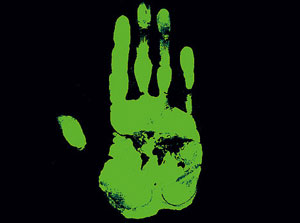