Home Archives Subscribe
The top 20 countries on the Internet, and what the future might bring
Sustaining the Future of the Internet with Hyperbolic Mapping

The global growth of Twitter is impressive, especially if we acknowledge the fact that the figures presented by ComScore in their press release only include web users visiting twitter.com, and do *not* include users on clients and applications.

Just for fun, you can check the latest tweets directly on a map of the world, at twittervision.com

Twitter.com has experienced an explosion in global traffic in the 12 months after June 2009, establishing itself as one of the most-visited social networking sites across each of the five worldwide regions. Today, in September 2010, nearly 3 out of 4 global Internet users access social networking sites each month, making it one of the most ubiquitous activities across the web. As more users around the world have become acquainted with connecting and expressing themselves through social media, it has created an environment where new media like Twitter can emerge globally in a relatively short period of time.

In June 2010, nearly 93 million unique global users age 15 and older visited Twitter.com from a home or work location, an increase of 109 percent from the previous year. This excludes usage of Twitter-based applications such as TweetDeck. An analysis of the five major global regions revealed that Latin America experienced the strongest audience growth, surging 305 percent to 15.4 million users. Asia Pacific ranked as the second-fastest growing region, climbing 243 percent to 25.1 million visitors. The Middle-East Africa jumped 142 percent to 5 million visitors, while Europe soared 106 percent to 22.5 million visitors. North America, where Twitter has reached a higher maturity level than other regions, saw a growth of 22 percent to nearly 25 million visitors in June.

Across the 41 individual countries currently reported by comScore, Indonesia at 20.8 percent had the highest proportion of its home and work Internet audience visiting Twitter.com. Brazil ranked second with 20.5 percent penetration, followed by Venezuela at 19.0 percent. The Netherlands (17.7 percent) and Japan (16.8 percent) rounded out the top five, while countries in Latin America and Asia Pacific represented many of the remaining top markets, including the Philippines (14.8 percent), Mexico (13.4 percent) and Singapore (13.3 percent). 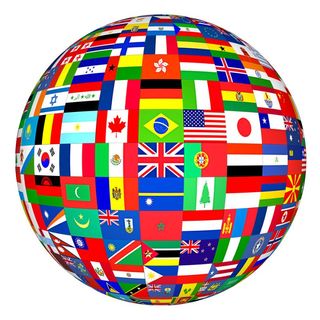