Home Archives Subscribe
Translating Wikipedia, With Some Help from Google
Microsoft Near Completion of Internationalization of Office Apps for the Cloud

Farewell to cheap capital? The implications of long-term shifts in global investment and saving

Interesting research about the global implications of the recession, and the raise of the Emerging Markets as main consumers of capital in the new globalized economy - pushing the price of money up.

The recent bursting of the global credit bubble followed three decades in which capital became progressively cheaper and more easily available. Many people have come to believe that low interest rates now are the norm. But the McKinsey Global Institute analysis suggests that this low-interest rate environment is likely to end in the coming years

McKinsey finds that the long-term trends in global saving and investment that contributed to low rates in the past will reverse in the decades ahead. The primary reason is that developing economies are embarking on one of the biggest building booms in history. At the same time, aging populations and China's efforts to boost domestic consumption will constrain growth in global savings. The world may therefore be entering a new era in which the desire to invest exceeds the willingness to save, pushing real interest rates up. Higher capital costs would constrain investment and ultimately slow global economic growth somewhat, but they also would benefit savers and perhaps lead to more restrained borrowing behavior than we saw during the bubble years. 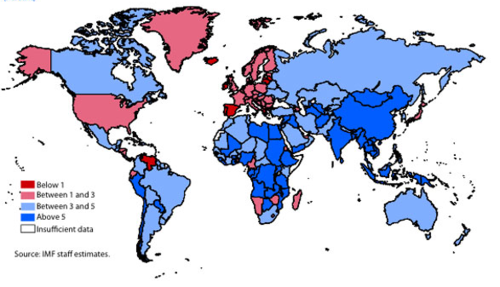