Home Archives Subscribe
Cloudwords: Creating a New Translation Management Platform
The Size Of The (United) States GDP: If They Were Countries

In a move that very few companies can make, Twitter announced today the release of their new (crowdsourced) Translation Center, a product that will allow users to translate the Twitter interface (for free).

As the Twitter team says in the blog post, crowdsourced translations are not new for them, since users have been able to translate the Twitter interface for almost two years (for free).

Why is it that only a few companies can make a move like that? Mainly, because most companies do not have millions of passionate users around the world willing to translate (or do, as a matter of fact) anything for free. So far, Facebook is probably the only other company that has successfully implemented a crowdsourced translation platform.

In the case of Facebook, though, millions are still spent in what is called "linguistic quality assurance", performed by professional translators through a Localization Service Provider. And, as a high ranked Facebook employee mentioned at a conference, crowdsourcing their translations is mainly used for speeding up the overall localization process, rather than a way of saving money.

With this in mind, what can companies that do not have millions of users willing to work for free, or that do not want to leave their legal or technical translations to non-professionals do? Basically, have a localization manager internally to manage their translation projects, and find one (or more) high quality translation vendor. Cloudwords, a new start-up based in San Francisco, just released a web-based translation management platform, that helps companies not only manage their translation projects, but also find the best translation vendors for their needs -- if the crowdsourced solution is not for your company, I suggest you take a look.

Crowdsourcing translations isn’t new for us. Since October, 2009, we’ve counted on Twitter users to volunteer as translators and help us localize Twitter. For this launch, we created a completely new system, based on feedback from translators, to improve the translation experience. 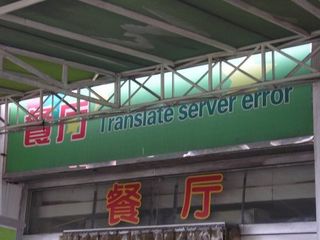 I think that crowdsourced translation is an interesting social trend. It offers a chance to translators of all level of professionalism. The 'hidden costs of free' are related to keep motivation and involvement of translators that are collaborating for free to the project. Moreover, in order to provide a good service a professional quality check is fundamental. Technology helps to speed the procedures, but the right choice of a whole and trustworthy crowdsourced service should be oriented also to human professionalism and 'passion' for translation.

Crowdsourcing translation will be a trend in 2012.