Home Archives Subscribe
How Well Do You Know The Shape Of Countries? Play And See
Rethinking The Economics Of Emerging Markets

The Big Mac Mirage and Other Myths: How the US is Failing at Globalization

According to Bhaskar Chakravorti, the director of Tufts’ University’s Institute for Business in the Global Context, “the myth of American global market power” disguises the real failing of American multinationals to succeed around the world, and especially in fast-growing emerging markets. Despite what you might hear, he says “the US is extremely under globalized.”

I would add that my experience is that Chakravorti is right - US corporations rarely try to present themselves as a local brand in other countries, while "foreign" brands are more successful doing that. A small example: did you know that Melissa, the global plastic shoes brand, is Brazilian? Probably not, and most certainly not if you are American.

What would be really interesting is to hear the thoughts of a sociologist or even a psychologist about this matter - they might lack the economic insights Chakravorti brings, but they would be able to provide a more heterodox and (in my opinion) more interesting analysis of why American companies (and, probably, the American people) are so weak in their approach to globalization - a cultural, psychological, sociological approach to this matter could help many corporations understand what they are doing wrong, and learn how to approach their international expansion in a different way.

Coke is so prevalent around the world that non-profits look to its supply chain for help on distributing aid. McDonalds, in 122 different countries, is so widespread that there’s a foreign relations theory that no two countries hosting the burger franchise will go to war, although the strong version of that theory is well dead. And Wal-Mart is the world’s third largest global employer, after the American and Chinese militaries, respectively.

The US must be great at globalization, right? Not so fast... 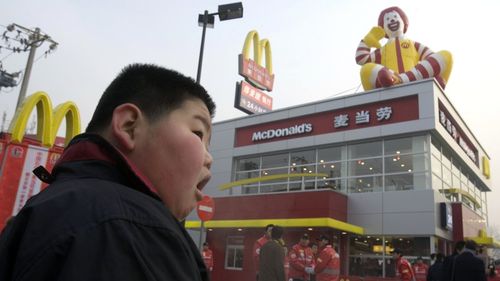