Home Archives Subscribe
The Big Mac Mirage and Other Myths: How the US is Failing at Globalization
Globalization for Whom?

Rethinking The Economics Of Emerging Markets

In this article, written by a Chinese Journalist, the author points out some interesting thoughts about globalization and the current state of the Chinese (and other Emerging Countries) economy and demographics.

The author ends calling out the fact that "People tend to follow mainstream ideology and ignore other factors". I always find refreshing when someone recognizes that their analysis will be shaped by their own ideology and, I would add, by their own class interests - using economic, financial, political analysis and terminology might give authors a patina of academicism and respectability (especially with people who think alike). A clear example in this case is when the author talks about "markets that regulate themselves", which is clearly an orthodox way of understanding (and thinking about) markets. It is surprising (call me naïve...) that the author is Chinese.

Our job, as critical readers, is to be aware of what those interests are, and try to separate ideology from facts (although it is almost impossible to analyse facts without an ideological point of view).

Globalization is a powerful phenomenon but it’s not without limits. When markets regulate themselves, cross-border wage differentials self-correct. Oil prices rise and fall, depending on supply and demand: excessive oil prices reduce orders for overseas production, which in turn curbs the demand for oil, resulting in the stabilization of oil prices – and vice versa. And finally, because of health concerns, industrial pollution is reduced. Wages, oil prices and pollution all show that shifting production to emerging markets has its limitations. The quantitative easing measures taken by various countries’ central banks will also lead to exchange rate instability and further restrict offshore production.

People tend to follow mainstream ideology and ignore other factors. We can be convinced that nothing can stop the momentum of globalization, or we can be over-anxious about emerging countries losing their competitive advantages. In reality, each country and each region has its own relative advantages. 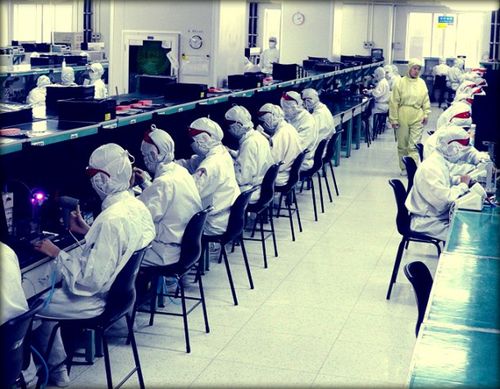