Mark Zuckerberg, CEO of Facebook, has a clear idea of how to boost the company's international expansion to key markets. In the case of India and other large countries where access to the Internet is not as widespread as in other, developed countries, the idea was simple: let's give people free, easy access to the Internet. But not just that, let's do it in a way that puts Facebook up and front as the main benefit of such access, but let's mix it with other, curated services (that are not our competitors). This is how the Internet.org (later called Free Basics) was born.

For political reasons, the India government does not agree with that approach. Although Facebook has been quiet lately with regards to Free Basics, it will be interesting to see how things develop, and if its efforts are capable of changing the Indian authorities' minds. Even if they do not change their position, I am sure Mark Zuckerberg will define and successfully implement a strategy to expand the potential of the Indian market for Facebook.

International expansion has become such a top priority at Facebook that the company has employed lasers, drones, high-tech air balloons, and a boatload of lobbyists in an incredible effort to push Facebook’s reach all over the globe.

But, the company is facing a backlash that threatens to undermine what Mark Zuckerberg called “a historic opportunity.”

Free Basics, the recent rebranding of what was previously known as Internet.org, is Zuckerberg’s pet project; the service promises to “connect the globe” by providing free, basic Internet access through a Facebook-controlled platform. Zuckerberg has taken every Free Basics setback personally, often responding via Facebook posts and videos to defend the initiative. His simmering frustrations toward those questioning the company’s motives have sometimes boiled over.

In December 2015, the tech baron penned an op-ed in The Times of India, railing against the government’s skepticism of the project. In it, his tone reached levels of condescension and incredulity that surprised analysts: “There’s no valid basis for denying people the choice to use Free Basics,” he wrote. “Who could possibly be against this?”

Well, it appears India is against this.

On February 8, 2016, India’s regulators blocked Free Basics, citing violations of net neutrality. It was a major setback for Zuckerberg, who had made India his primary focus. With a population of 1.2 billion people and relatively small 20 percent Internet penetration rate, India was an ideal target for Free Basics, as well as a potentially massive market for Facebook’s ad business. 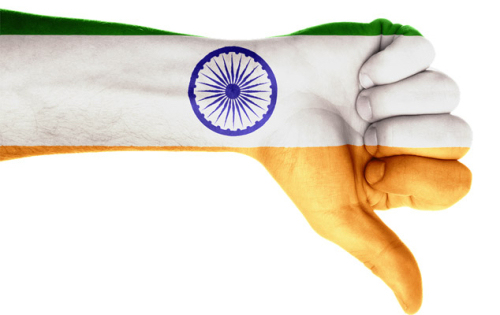