Globalization: What the West can learn from Asia

Ijaz Nabi, the author of the article published at the Brookings Institution website, brings up a very interesting and important point: how Asian governments (with the exception of Japan's) previously not really interested in the development of their people, realized that investing in education and health was the only way their countries could benefit (read: compete) from an increasingly globalized world economy.

Unfortunately, such investment in education has not yet translated into more democratic societies (again, with the exception of Japan), or into higher degrees of participation in the decision-making processes that will shape the future of those countries. This, in my opinion, could have unanticipated social and political consequences as those societies see a decrease in poverty and an increase in calls for better public services and politicians that are really accountable for their actions.

How did Asia achieve a shared prosperity from globalization with consistent domestic political support while the rich countries have struggled and are suffering the political blowback?

The answer may lie in the heavy investment made by Asian governments in human capital (education and health) to prepare the workforce to take advantage of the high wage manufacturing jobs created by globalized investment. This was complemented by public investment in infrastructure to continue to attract foreign investment. The fiscal deficits associated with large public investment in human capital and physical infrastructure were tolerated because the political and economic benefits of preparing the workforce for new jobs were considered worthwhile objectives.

Both the US, the UK and other Western developed countries, in contrast, have underinvested in infrastructure and in “skilling up” the labor force to make the transition to new and better jobs from the ones lost to lower wage workers in Asia.  In the UK, it happened under the watch of the incumbent conservative government. While presenting to Parliament the result of the recent referendum to the European Union, Prime Minister David Cameron spoke proudly of leaving behind a sound economy resting on the pillar of a sharp fiscal retrenchment—low taxes and even lower public expenditure. One result of this “sound” economy is that a large number of people are stuck in dead-end jobs and are looking for opportunities to vent their frustration. 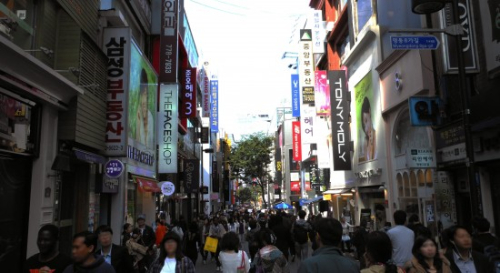